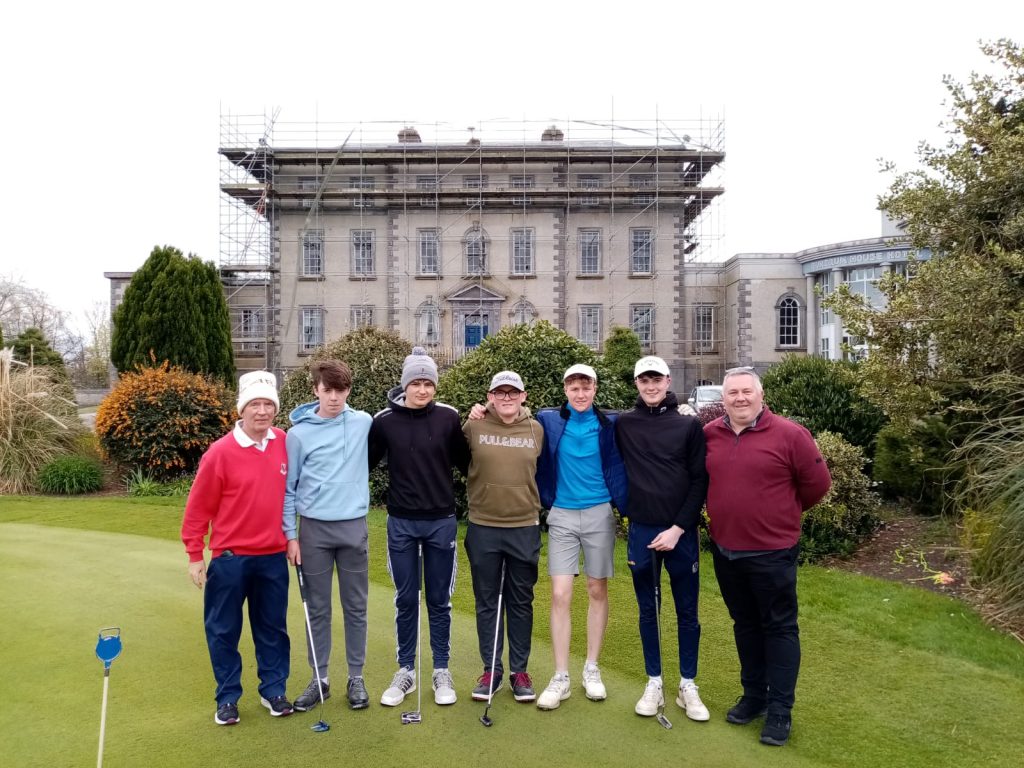 Congratulations to the Templemore Fred Daly U18 Team.  Daniel Joyce, Ned Delaney, Eoin Kelly, Ned Walsh and Tom Duggan.  They put up a proud performance for the club and deserve congratulations.  It was a very close contest with Dundrum snatching the victory in a 3-2 win.  A special appreciation also from the club to the Team Manager Pat O’Connell.  A special word of thanks to Sinead and Arthur Kelly and Michael Delaney for their support and encouragement. Complements to Dundrum in their victory and we wish their team all the success in the tournament.

Fred Daly was attached to Balmoral for over 45 years and must go down as being a star if not a superstar of British and Irish golf in his day. Fred was known and loved the world over for his ready wit and charm and for holding the distinction of being the first Irishman to win the Open in 1947 at the age of 36. Fred achieved much in his career despite the fact that the bulk of his prime coincided with the Second World War. His Open win aside, many would be proud to have his record over the next four years; second as the defending champion to Henry Cotton in 1948, tied for second in 1950, fourth in 1951 and third in 1952.

Best Aggregate;  League One.  Mick Carey – 142 Points.  League Two. John Hassett 132 Points.  The committee and Competition Secretary Sean Lee extends a great appreciation to all who competed and especially to Les Mason for his weekly report on the results .

Golf is for Everyone’

Unfortunately, due to the continuous inclement weather resulting in intermitting closures of the course it was not possible to continue with competitions. As soon as possible all competitions will be back to normal.

“Golf is a game for everyone – for enjoyment, for health, for life”, is the Vision of the Strategic Plan, with five focus areas set out throughout the Strategy.  The 2022 Golf Ireland schedule will see increased opportunities for men, women, boys and girls to compete together in National Championships.

Golf for Everyone Competitive Membership Fees in Templemore.

Advance Notice;  The course will be closed to members on Friday 3rd. and Saturday 4th. June of the bank holiday weekend. JK Bracken’s GAA club have booked their Golf Classic for these dates.  Members 18hole competition will be on the Sunday 5th. and bank holiday Monday 6th June.  Thanks for your support. Club Committee.